Play our interactive activity to find out who eats who in the Galapagos. 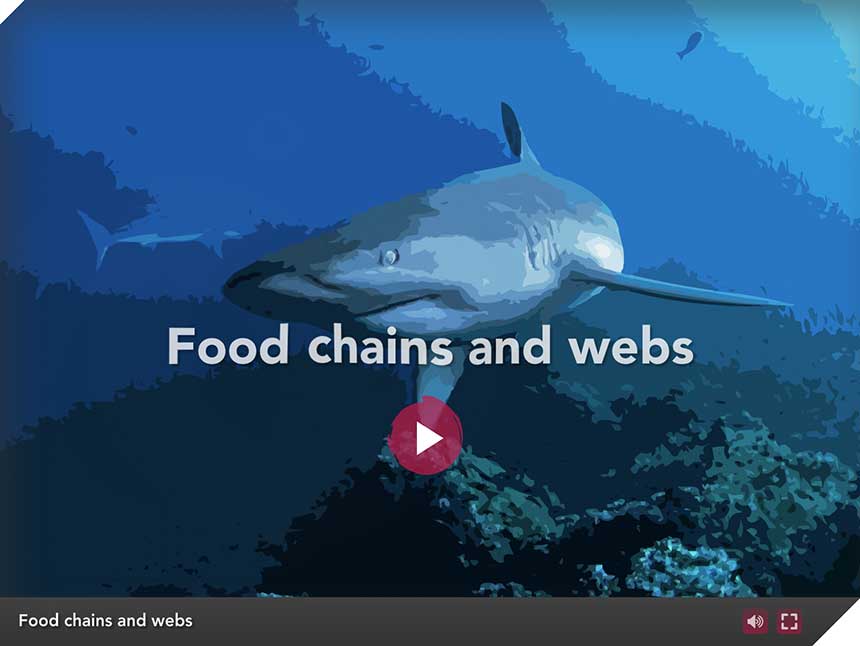 A food chain shows the linear transfer of energy from producers to consumers. Each organism in the food chain eats the organism below it and is eaten by the organism above it. Each step in the chain is known as trophic level.

A food chain visualises energy transfer linearly, from one organism to another. But ecosystems are rarely this simple. Organisms often consume and are consumed by more than one other organism. Food webs show the more complex interactions between a range of organisms in an ecosystem. 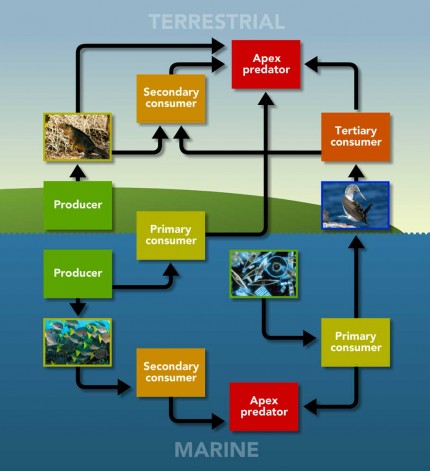 This is only a small food chain. A complete food chain would include every species in the world! © GCT

The transfer of energy from one organism to another is not efficient and a large proportion of energy is lost in the process. Typically, only 10% of energy is transferred from one trophic level to the next. The remaining 90% is used in metabolic activity, such as breathing, digestion and the transport of substances between cells.