Not only does the Humboldt Current bring nutrients to the Islands, it is also one of the main drivers of the weather systems on and around the Galapagos Islands.

The impact of the Humboldt Current on seasons in Galapagos

When the current is at its strongest, between May and December, it brings cool air to the islands making air and sea surface temperatures unusually mild for a tropical island. This means less sea water evaporates from the surface; so fewer clouds are formed; decreasing the amount of rain that falls and making this the ‘dry season’.

During the ‘wet season’ which lasts from January to April, the winds and the cold water current is weakened, creating warmer surface temperatures; which lead to increased evaporation and so more rainfall.

How does El Niño affect the currents?

The Humboldt Current is affected during El Niño where the cold water currents are displaced by warm water currents from the Central Pacific Ocean. This disrupts the weather patterns of Galapagos and has a devastating effect on the food chain. The supply of nutrients is cut off, leading to food shortages throughout the food chain, threatening many of the unique species in the ecosystem. 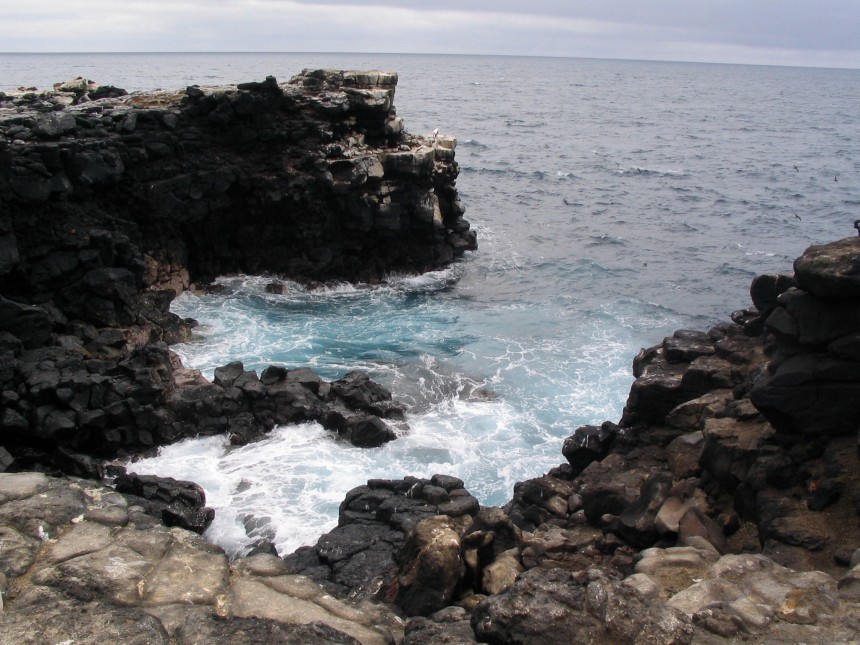 Next: Weather and Climate – El Niño