An economically sustainable society is one where fair and efficient use of resources means people can earn money. It means the economy of the country, region or town will be able to support itself and people within that society will experience neither extremes of poverty or wealth.

What is the economy and why is it important?

In Galapagos, each year hundreds of thousands of tourists from around the world visit. When they visit they pay money for food and for services (such as a hotel where to sleep or tour guide). On the Islands, many people have jobs in the tourism industry. The tourists bring money to the islands to spend and the money. The people on the Islands then use the money to buy other goods (like food) and services. This exchange of money for goods and services is called the economy.

The Galapagos Islands are a part of the Republic of Ecuador. Ecuador is a country in South America that is neighboured by Colombia and Peru. While the majority of Ecuador’s money is made by selling goods such as oil, in Galapagos, tourism generates more than half of all money in Galapagos and nearly half of the population work in the tourism industry. 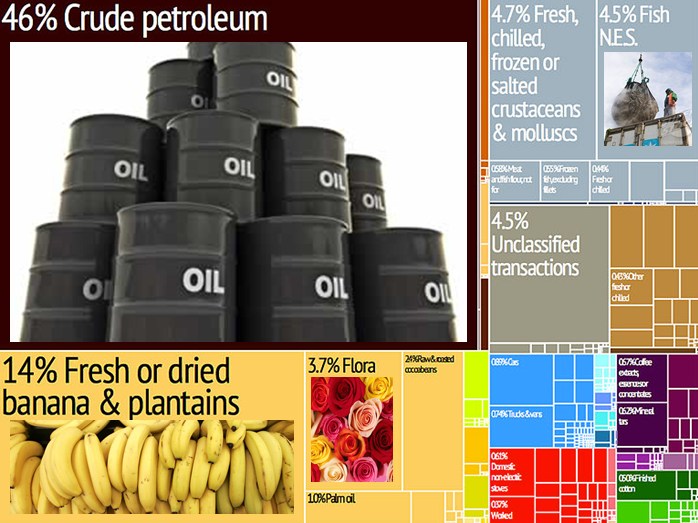 What is economic sustainability?

So far, we have been talking about sustainability in terms of making sure that people are able to have a good quality of life without negatively affecting the environment (which could stop future generations from also having a good quality of life). Economic sustainability also has future generations in mind. At the moment, a lot of the industry in western countries is based on consumption of goods. Factories often aim to produce as many products as they can as cheaply as possible without considering what happens to the products when they are no longer useful. To make our electricity, the majority of countries still rely on burning coal which releases poisonous chemicals into the air. Once all the coal is gone, it will not be possible to generate electricity in that way, therefore it is not sustainable. A sustainable economy is one that is based on re-using materials rather than relying on sourcing new materials (such as mining coal from the ground or using oil to make plastic).

What is a circular economy?

A circular economy is another way of thinking about how we can create a more sustainable economy. In a circular economy, recycled resources are put back into the manufacturing process. In this way, we can avoid harming the environment (where the raw materials come from) and this can also be a way for companies to save money too.

After being a fisherman for twenty five years, Alberto Granja began to find that marine pollution was starting to affect the size and number of fish he was catching. Most of the pollution was oil from the ships visiting Galapagos. At the time, oil was commonly found in the waters around the Islands, as there was no way of preventing its spread or stopping it leaking into the sea (or being dumped there).

Herbert Frei, the founder of Pikaia Lodge, had also noticed the negative affect pollution was having on his business and on wildlife. Together, the two men developed a project where the oil was scooped off the surface of the water, burnt at high temperatures and then used to make new fuels. With the support of the Galapagos National Park, the World Wide Fund for Nature and the Charles Darwin Foundation, Granja started to collect oil from the ocean surface using a motorboat and his family home as a storage facility.

The scheme became very successful. The Galapagos National Park made it compulsory for all vessels to recycle their oil with Alberto rather than dump it. This meant that Alberto would need to process around 16 thousands litres of used oil each month. Granja had to move his company to a new warehouse and began transporting the oil to a glass-making factory on the mainland in Ecuador. As of 2014, Alberto has collected over two million litres of oil and has helped to reduce the marine pollution in the area.

Oil recycling on the docks © Relugal